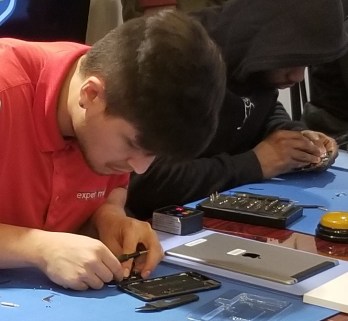 Repair People are amazing! Despite the efforts of big tech companies (OEMs) to make fixing our tech harder and harder independent repair people have shown what they are capable of time and time again. To suggest otherwise is silly.

Next time you go into a big tech store (apple, Best Buy, AT&T, Verizon, etc.) and one of their salespeople tell you to just buy a new device, ignore them and take it to a repair expert at a local tech repair shop (www.WhereToRepair.org). Because I’m here to tell you that EVERYTHING can be fixed and, just like a car, you won’t know the cost of repair until a professional technician has a look under the hood. A sales rep at the Apple store, BestBuy, AT&T, or Verizon has no clue!

Listen the people who build cars or sell cars don’t fix cars. So why would people assume that the people who make tech or sell tech can fix it? Your best bet when your tech is broken is to always get advice from the people with the most experience fixing it.

CAN IT BE FIXED?

The simple truth is EVERYTHING tech can be fixed, and the final cost is in the eye of the beholder.

Yes, I know saying that everything tech can be repaired is complicated. Allow me to expand that thought by keeping in mind that I ran a successful tech repair operation for more than 10 years and we came across almost every repair scenario possible while repairing tens of thousands of devices. We always had a repair option for our customers. EVERY SINGLE TIME. Why? Because we had amazing technicians that refused to back down from a challenge. That was the culture of our shops. EVERYTHING TECH CAN BE REPAIRED!

Allow me to expand on the philosophy that everything tech can be repaired.

When a customer has a broken piece of tech the most important question for them is, “can it be fixed?’ In my shops the answer was ALWAYS YES*. Why always yes you ask? Because it’s true. Everything can be fixed. The only limitation to whether the customer will or should proceed is going to be the final cost and what their individual goal is going into the repair. Those are the variables that no one is qualified to answer expect for the customer.

Now here’s the complicated part – the asterisk if you like. Sometimes the cost is too high. Not necessarily the price but the cost of the final repair. Sure, sometimes its price. But sometimes its data or sometimes its time. Those are the main variables that may cause the customer to decline the repair, but it is rarely a situation where a piece of tech cannot be repaired by someone. The cost may be too high, the data may not be recoverable, and it make take a lot more time than the customer will allow. These are things you don’t know until you have properly evaluated the repair.

Since the dawn of the modern tech repair industry, which I estimate to be around 2004, tech repair people have always risen to meet any challenge they have faced. These are amazing people whose skills (and industry) is often overlooked even to this day. I know this industry well because I was a part of it from the beginning and I have seen the amazing work that the industry has done firsthand.

First of all, the tech repair (or what started as cellphone repair) industry wrote the book on fixing tech. You see the main cellphone repair players of that day were Nokia and Motorola who were actually shutting down their repair operations nationwide because phones had become disposable. Newer smartphones (Blackberry, Palm, Windows, Symbian) had just entered the market and were complicating things. Nobody saw the iPhone on the horizon yet – it would change the industry forever.

The biggest repair challenge in that day was… trackballs on Blackberry’s. Yea, for real. The tiny little ball that gave you navigation capabilities would get gunked up and fail. Enter a brilliant entrepreneur who started selling trackballs online and made millions. Then it was charge ports which ushered in the soldering iron in tech repair shops. Soon after it was keyboards and flax cables with some of the early plastic touchscreens also finding repair shops. Then, in 2007, the first iPhone hit the market and just like Steve Jobs would later say, “Every once and a while, a revolutionary product enters the market and changes everything.” This was certainly true for the tech repair industry. iPhone changed it all!

I’ll give credit where credit is due. At least Apple figured something out when their flagship device started coming into their stores on a massive scale – that little glass screen broke a lot! Unlike their smartphone competitors Apple offered a device swap when customers came to them with busted screens, which was an immediate, yet costly solution. There competitors (Palm, Blackberry, Nokia, HTC, etc.) would require you to ship off the device for repair/replacement which would often take weeks. Both solutions had serious downsides.

Do you know who taught them how to repair the iPhone? You got it. It was the independent tech repair industry.

How do I know? Call it coincidence if you like but I trained techs in my shops who were VERY curious about everything we did while training, took really good notes, asked lots of questions, only worked a month or two, and then we found them working at Apple almost immediately after they left us. We also had recruiters calling my shops on a regular basis who would snag one of my techs from time to time that ended up at Apple as well. I’ve heard similar stories from around the industry.

We know that despite building a sexy device with a wonderful user interface (UI) that Apple didn’t spend a lot of time testing capabilities when they rolled out the first few iPhones. This is well documented with all of the issues the first few iPhones experienced. Obviously, they didn’t test durability either because they had zero plan for repair. By the looks of things, they assumed people would just buy a new device every year.

This lack of planning created tremendous opportunity for entrepreneurially inspired independent tech repair people to fill the gap. One that many brilliant people have filled over the years. No one taught them how to do it. They just seized the opportunity and built businesses around their hard work. Overcoming obstacles along the way.

An industry was built without any formal training as tech repair people have taught themselves how to reverse engineer tech, diagnose issues on a board level, and then use microsoldering techniques to repair the most complex issues you could imagine. These are amazing people who should never be underestimated.

Do OEMs make repair unnecessarily difficult to fix their tech? Yes, and in some cases, it should be criminal in others it’s just sloppy design. Do we need laws to force OEMs to make devices more repairable? I’m not sure. But what I do know is that if an OEM has designed any kind of repair program, then that program needs to have reasonable availability to independent tech repair shops.

Afterall, you owe us. We taught you how to fix your tech in the first place. 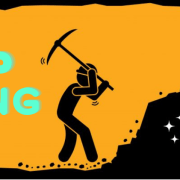 An Open Letter to Apple on the Future of Repair

Want to join the discussion?
Feel free to contribute!

An Open Letter to Apple on the Future of Repair
Scroll to top
Loading Comments...